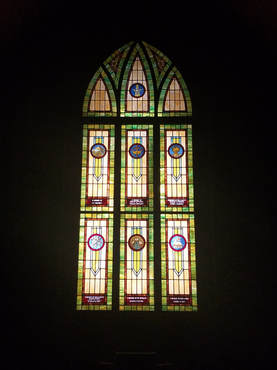 ​History of Our Church

Methodism began in Louisiana in 1799 and the early 1800s with the evangelistic preaching of Lorenzo Dow, a native of Connecticut. His preaching took him from Maine to the Gulf.

The first Methodist connection was in West Florida, later known as the Florida Parishes, which still later became a part of Louisiana. In 1838 the Florida Parishes formed a district in St. Helena Parish, called the Greensburg District. By 1846, Methodism spread into all areas of the state, due largely to the dedication of the circuit riders. The first church building in Amite was a small, one room building located on Laurel St. near the present day high school.

The Civil War closed or interrupted the work of the church from 1861 – 1866, and even closed the Methodist College, Centenary, which was located at Jackson, Louisiana. The First Methodist Episcopal Church, South of Amite, Louisiana was no exception. It lost members and financial help through the war and lost its second church building by fire. This building was located between Myrtle St. and Duncan Ave. It burned on a Sunday morning.

The fifth church building was erected on the corner of Mulberry and Laurel. This was the gathering place for First Methodist until the church relocated to the sixth and present building and location in 1964.

After a denominational merger in 1968, our church became the First United Methodist Church of Amite. Years later in 2009 the east education building was added. To this day, the people of our church seek to live out the same mission of Christ that brought Methodism to our area more than 200 years ago.