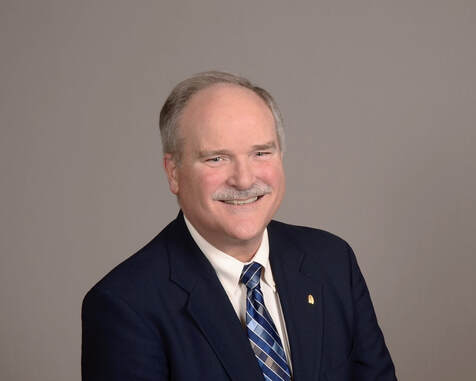 ​Pastor – Rev. Karl Klaus
In 1975, at a spring youth retreat, Karl received his call to ministry, and began his ministry that fall as a youth director at Greensburg United Methodist Church, where he also preached his first sermon. Karl has been blessed to serve in churches ever since. Karl received his License to Preach in 1976. Karl is a graduate of Robert E. Lee High School in Baton Rouge. He then graduated with a Bachelor Degree in Music from L.S.U. in Vocal Performance before going on to seminary at Perkins School of Theology at S.M.U. in Dallas. During his time at L.S.U., he served as youth director at Jefferson UMC and Ingleside UMC, Baton Rouge. While at Perkins, Karl transferred into the North Texas Conference and was ordained Deacon in 1982 and Elder in 1987. He was blessed to serve such churches at First United Methodist Church, Dallas (student pastor, 2 years); Ridgewood Park UMC (assoc., 2 years), and was appointed full time associate at First United Methodist Church, Richardson, serving there for 5 and one half years. He then was offered his "own" church in lowa Park, Tx., a suburb of Wichita Falls. After three years there, Karl returned to the Louisiana Conference, serving at Broadmoor UMC, Baton Rouge, (assoc., 6 years), FUMC West Monroe (senior pastor, 3 years), St. Luke-Simpson UMC, Lake Charles (senior pastor, 11 years), FUMC Slidell (senior pastor, 3 years). Currently, Karl is serving at FUMC Bossier City, and is in his fifth year.
​
Karl has been married to his wife, Kym for over 30 years. They have three children, all married, all graduated from college, and all furthering their long term goals for careers. No grandchildren - yet! Karl and his family love water sports, raising their kids water skiing, wakeboarding, knee boarding and tubing. Being a Ford Mustang enthusiast, and having had Ford Mustangs in his family since 1966, Karl owns two, with his younger son driving one of them. Karl also loves anything to do with airplanes and flying.